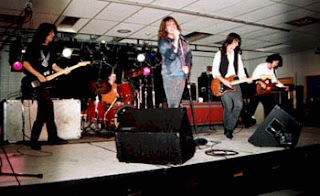 Yesterday Dan asked me if I watched the Tragically Hip's final concert and what I thought of them. The first part was easy -- I watched it. The second part required some work.

I first met the band at Amigo's in Saskatoon in 1988. We were in the middle of our last song when the Hip arrived from its gig at the Broadway Theatre up the road. Amigo's was a rollickin' joint that served great Mexican food; The Broad was a soft-seater where the serious bands played. 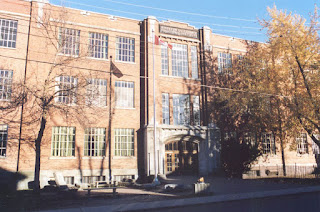 The Hip were nice, the kind of guys who got decent marks in high school, played on school teams and never messed up. Basic guys, except for Gord, who could pass for basic had he not made so much room for his poet, which, as far as poetry goes, was closer to the Group of Seven, with maybe a dash of David Milne, than what the L=A=N=G=U=A=G=E-influenced, new lyric vanguard was writing at that time. So: a figurative poet. Landscapes, portraits -- in that order. 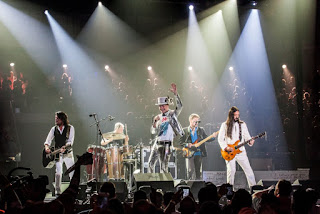 Last week's concert was the first time I had seen the band perform since the early 1990s, when I saw them at a festival in Southern Ontario. Not much has changed -- the band still emits that boys-in-a-treefort vibe, with Gord its witch doctor, acting out what has been repressed.

My favourite part was the opening shot, where the band was waiting to go on stage and Gord kissed his bandmates on the lips. 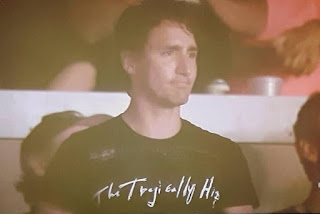 As for Gord's pro-Trudeau comments, I blanched at first, but later realized his selfless genius: that in order to get somebody to do something (Inuit suicide prevention strategies), sometimes you have to flatter them. Poets are not generally known for their pragmatism, but Gord is Gord, and when he passes, he will be missed.
Posted by Michael Turner at 9:20 AM