Out of Order of Canada 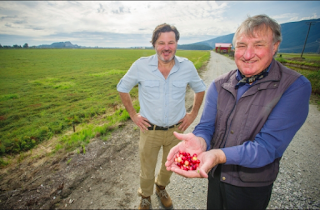 Not magic beans but cranberries, most of which were picked by Guatemalan labourers at one of this patriarch's Fraser Valley farms. Like those who paid too much to live in this man's many rundown urban buildings, these labourers endured deplorable conditions that were only recently brought to light. And now the Queen's representative has seen fit to reward this man with membership into the Order of Canada? For his "contributions to the economic sector as a business leader and for his donations to numerous charitable causes"? Cazzata!

Posted by Michael Turner at 8:40 AM No comments: 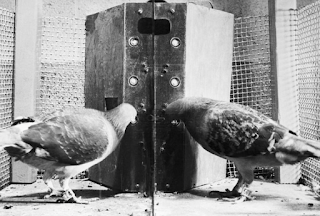 Events no longer begin, no longer happen; they drop -- like pellets in an Operant Conditioning Chamber.

Posted by Michael Turner at 8:35 AM No comments: 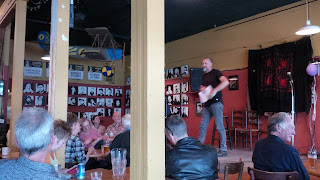 An isolated pen
in which you may protest,
citizen.
-- Colin Smith, "Stooge"

Last Sunday marked the launch of some magazine at Kino Cafe on Cambie. Edited by Rob Manery (he and Louis Cabri edited hole back in the 1990s), some features contributors familiar to those familiar with the now defunct Kootenay School of Writing membership and its guests.

About 2/3rds through the eight person reading, Steve Collis took the stage, looked around at the 80+ gathered and rejoiced that "all of Vancouver's avant garde is here!" When I looked around, all I saw, apart from Roy Miki and the ubiquitous Isabella Wang, was what anthropologist Eric Wolf saw in Victoria, B.C. in the early 1980s when he stepped before a packed lecture hall, shook his head and muttered into the microphone: "A sea of white faces."
Posted by Michael Turner at 10:02 AM No comments: 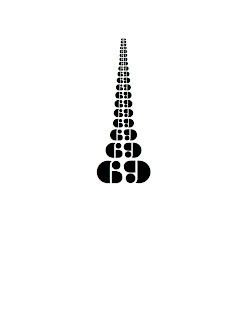 Posted by Michael Turner at 9:03 AM No comments:

Posted by Michael Turner at 9:46 AM No comments:

Posted by Michael Turner at 11:39 AM No comments: 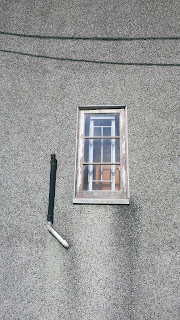 The building where Ron lives has a number of recognizable features. Everyone knows what the north side looks like, with its long approach and 19th century European rose gardens. Less distinguished are the south, east and west wall, which go to the limit of the property. The picture above is of the least adorned wall, the east wall.
Posted by Michael Turner at 9:08 AM No comments: 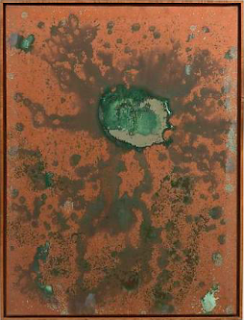 Last year the Baltimore Museum of Art auctioned off its Andy Warhol Oxidation Painting (1978) and its Franz Kline Green Cross (1956) to raise funds to purchase artworks that "fulfill our civic duty [to] amass the most significant and the most relevant collections we can for our public ," according to BMA director Christoper Bedford. Among the works purchased: Mary Lovelace O'Neal's Running Freed More Slaves Than Lincoln Ever Did (1995). 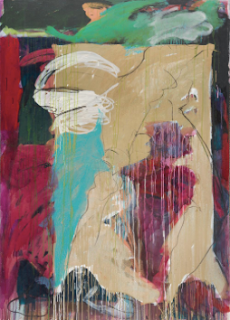 Posted by Michael Turner at 8:29 AM No comments: 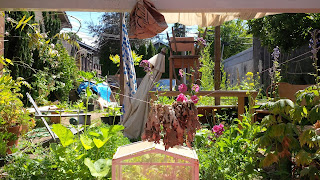 On Wednesday I travelled to Unit 17 to visit Derya and catch up on the gallery, his studio, the kitchen and garden. As I was leaving I took a picture from the back door, facing south. Nothing in it to suggest things weren't as they were fifty-five years earlier when the Sound Gallery opened across the street (4th Avenue) at Bayswater.

Posted by Michael Turner at 9:57 AM No comments: 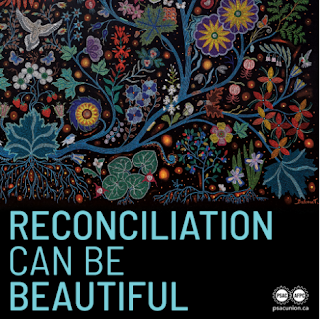 The Truth and Reconciliation Commission of Canada has indigenous critics as well as non-indigenous critics. Some, such as Métis artist and writer David Garneau, can't get past the word "reconciliation" ("When was there ever conciliation?" David has been known to ask.) For Byung-Chul-Han, that word is "can."

"We are living in a particular phase in history: freedom itself is bringing forth compulsion and constraint. The freedom of Can generates even more coercion than the disciplinarian Should, which issues commandments and prohibitions. Should has a limit. In contrast, Can has none. Thus, the compulsion entailed by Can is unlimited. And so we find ourselves in a paradoxical situation. Technically, freedom means the opposite of coercion and compulsion. Being free means being free from constraint. But now freedom itself, which is supposed to be the opposite of constraint, is producing coercion. Psychic maladies such as depression and burnout express a profound crisis of freedom. They represent pathological signs that freedom is now switching over into manifold forms of compulsion."       -- Byung-Chul Han, Psychopolitics: Neoliberalism and New Technologies of Power, 2017 (1-2)

The poster atop this post was created by the Public Service Alliance of Canada and carries a detail from a painting by Métis artist Christi Belcourt, entitled Wisdom of the Universe (2014).
Posted by Michael Turner at 8:27 AM No comments:

Zen and the Art of Motorcycle Maintenance (1974) 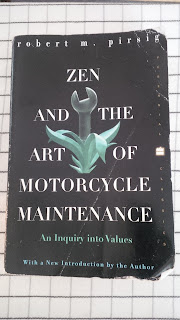 I tried reading Robert M. Pirsig's Zen and the Art of Motorcycle Maintenance when I was fifteen (three years after it was published), and again in my early 20s, but could never get into it. More recently, while assembling a bibliography of postwar "road" literature, I considered adding it, only to find a copy a week later at the YWCA Thrift Shop on Main Street.

Jinhan Koh was there and I asked him if he had read it.

"Oh yeah, when I was teenager. I tried reading it again, in my twenties, but -- you know."

Well, now that you mention it.

As of last night I am 76 pages into it and continue to cringe every time Pirsig lectures at the expense of his fellow travellers. Hopefully sooner than later I will learn something from this know-it-all biker -- not from what he tells us, but from how (if at all) he handles his humility.

"John nods affirmatively and I continue." (33)

"John looks too much in thought to speak. But Sylvia is excited. 'Where do you get all these ideas?'" (36)

Another book at the YWCA Thrift Shop was Christopher Lasch's The Culture of Narcissism (1979), published five years later. 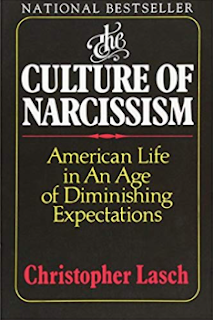 Time to read it, too, see if Pirsig makes an appearance.

Posted by Michael Turner at 12:00 PM No comments: 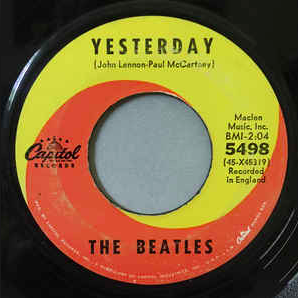 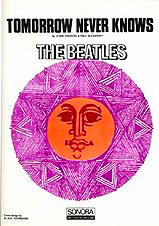 An exercise. When stuck or bored, go to what's known -- and get to work!

For Spilt 7" I took two Beatles songs written ten months apart --"Yesterday" (1965) and "Tomorrow Never Knows" (1966) -- and imagined them on either side of a vinyl single. But instead of their original selves, I did my best to reverse the lyric content of each.

I am a reader of Roland Barthes, particularly his posthumous book The Neutral (2002), which is comprised of his lecture notes from his 1977-78 College de France course. I drew on The Neutral for my MFA thesis, and to a lesser extent for this experiment.

He had to come, you know
He told you
You heard nothing right
Until you tired of tomorrow

He had to come, you know
He told you
You heard nothing right
Until you tired of tomorrow

Turn on your bod, tense up and jump in the bath
It is dying, it is dying

Pick up some actions, resist that which looks like spectacle
It is dull, it is dull

Work the detail “Essence” to the beginning
Of the end, of the end
Posted by Michael Turner at 8:48 AM No comments: 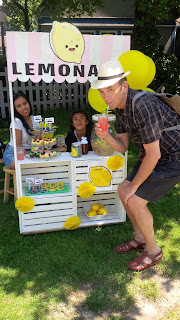 The lemonade stand where Commercial Drive turns into Victoria. A dollar for a cup of lemonade. But wait! For 25 cents more, a drop of raspberry juice!
Posted by Michael Turner at 8:50 AM No comments: 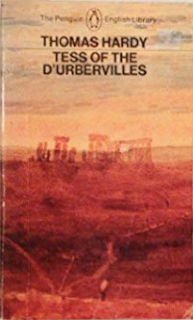 In Tess of the d'Urbervilles (1891), Thomas Hardy anticipates Twitter:

"I'm thinking of sending round to all the old antiqueerians in this part of England," he said, "asking them to subscribe to a fund to maintain me. I'm sure they'd see it as a romantical, artistical, and proper thing to do. They spend lots o' money in keeping up old ruins, and finding the bones o' things, and such like; and living remains must be more interesting to 'em still, if they only knowed of me. Would that somebody would go round and tell 'em what there is living among 'em, and they thinking nothing of him! If Pa'son Tringham, who discovered me, had lived, he'd ha' done it, I'm sure." (428-9)

Posted by Michael Turner at 7:22 AM No comments: 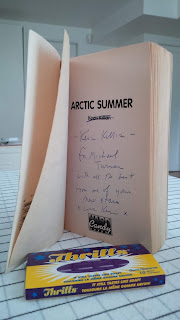 "Teddy fucking Verrill," he sighed. "And that goddamn shovel under his mattress." (393)

Posted by Michael Turner at 8:37 AM No comments: 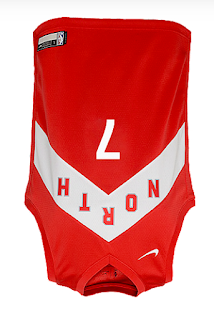 Posted by Michael Turner at 8:10 AM No comments: 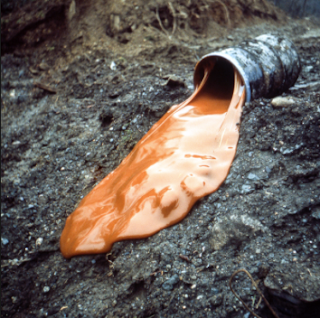 Presently, Vancouver's leading visual art institution -- the Vancouver Art Gallery -- has an interim director and an interim chief curator. The city's leading university art gallery -- the Morris and Helen Belkin Art Gallery -- has been led for the past few years by an acting director/curator while its director/curator chairs a university department. The director of the Contemporary Art Gallery announced last month that he is returning to the UK to administer a prize. The city's oldest artist-run-centres -- VIVO and the Western Front -- are looking for new directors.

Posted by Michael Turner at 8:33 AM No comments: 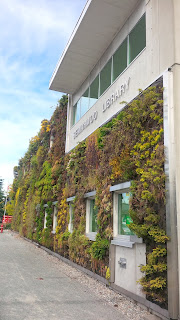 The living (garden) wall of the Darrell J. Epp Architect Ltd-designed Semiahmoo library bears close inspection. Because I was early for my appointment, I pulled over and noticed not just ferns, mosses and sedums but a maturing rhododendron! I also noticed that the building has on its 152nd Street side a RCMP station. (The proper name is the Semiahmoo Library and RCMP Facility.) But now that Surrey is poised to have its own municipal police force, then what?
Posted by Michael Turner at 9:59 AM No comments:

The Lost Honour of Katharina Blum (1974)


"Let there not be too much talk about blood here, since only necessary differences in level are to be regarded as inevitable; we would therefore direct the reader to television and the movies and the appropriate musicals and gruesicals; if there is to be something fluid here, let it not be blood." (10)
Posted by Michael Turner at 5:54 AM No comments: 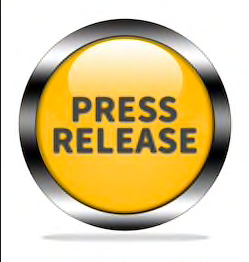 Posted by Michael Turner at 7:16 AM No comments: 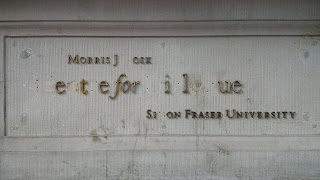 The Morris J. Wosk Centre for Dialogue at 530 West Hastings Street, Vancouver.
Posted by Michael Turner at 6:37 AM No comments:

Posted by Michael Turner at 8:00 AM No comments:

"Malice at the Palace" 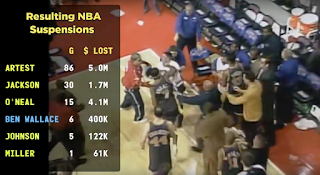 On November 19, 2004 a belligerent Pistons fan came onto the court and was struck by Pacer Jermaine O'Neal. Of course a lot went on before that, including some incredible lounging and headphone listening by Ron Artest, better known today as Metta World Peace.

Posted by Michael Turner at 8:37 AM No comments:

What Would Jeff (Wall) Do? 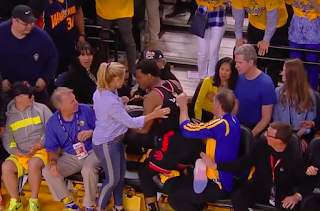 Took this screen grab at the exact moment something was about to happen, was happening and had happened. I'm calling it Get Out.

Posted by Michael Turner at 8:24 AM No comments:

COURSE LANGUAGE:
HOW THE READER IS ENCOURAGED TO COLLABORATE ON OUR SEMINAR AND PASS ME

The College of Graduate Studies

THE UNIVERSITY OF BRTISH COLUMBIA

The following individuals certify that they have read, and recommend to the College of Graduate Studies for acceptance, a thesis/dissertation entitled:

COURSE LANGUAGE: HOW THE READER IS ENCOURAGED TO COLLABORATE ON OUR SEMINAR AND PASS ME