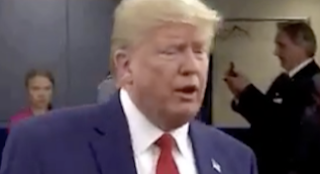 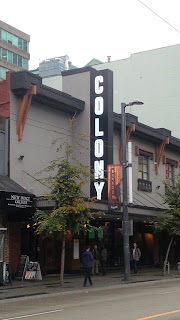 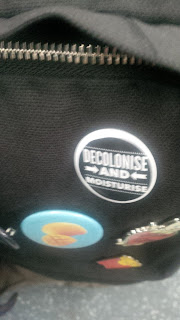 Posted by Michael Turner at 7:20 AM No comments:

Freedom from the Press


A couple days after the news media published pictures of Prime Minister Trudeau in brown ("Aladdin") and Black ("Day O") faces, the news cycle carried a story that opened with this inversion: "In an effort to deflect attention from..." Prime Minister Trudeau's racist behaviour, the federal Liberals "are set to" introduce new gun control legislation.

Suddenly the story is no longer that of Trudeau's (racist) penchant for cosplay and Toronto's almost daily (gang-related) shootings, but a reporting news media (journalists) versus those similarly trained who work for campaigning politicians (publicists, image consultants, spin doctors). And because the interweb has made us students of its systems and its various games, we accept its games as news.

Last night, while reading further into Myra Friedman's Janis Joplin biography (Friedman was Joplin's publicist), I came upon her description of the 1969 Woodstock Festival -- but even more compelling is what she says about the festival's media coverage, which, in both "underground" and "established" news outlets, is largely positive ("...expressing reservations about Woodstock at the time would have been akin to complaining of gout at a nursery").

Here is the conclusion of Friedman's Woodstock section:

Naturally, all of that media glow (and then the Woodstock film) was responsible for the country's concept of the festival and quite possibly for a reshaping of the event as it was experienced by the people who were there. A lot of them may not have been so accepting of the mud, the cold, the sickening sanitation, and the shortage of food, as they later claimed. How many, I wondered, were like this:

"I don't care what anybody says," a girl in my building complained when I saw her in the lobby after I returned. "It was a drag. It was polluted. You couldn't hear the music. Everybody was stoned out of their skulls. I hated it."

Three days later, having consumed the papers, she was dancing all over the building, singing another tune. (173)
Posted by Michael Turner at 8:02 AM No comments: 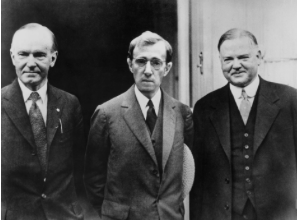 A "context" for racism? Hmm, let's see. The subject is a trained actor from a wealthy family. A humanist, he did not set out to disparage the people he was dressing up as, only to celebrate them. That he chose the costume of a sultan and not a servant is telling and speaks to his class background and indeed an entitlement that allowed him (or didn't dissuade him) from taking on the role. Fine to apologize for that and expect things to return to "normal" if you are the janitor at the private school where the subject was teaching, but if that subject is the son of a wealthy Prime Minister and now the Prime Minister himself? That to me is the bigger context, the one which this subject must acknowledge.

Posted by Michael Turner at 9:24 AM No comments: 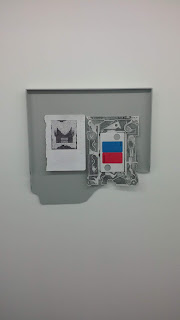 Notes on Mitch at WAAP.

(What follows are two times of writing. The first three paragraphs were written at a café a half hour after visiting the show. The last paragraph the following morning.)

Speed’s expressive, adverby exhibition text in relation to the economy of his critical writings has me thinking of this text as a construction, an actor’s improv (today’s audience prompt is -- literary!), as opposed to the artist who made the wall works. Or is this written construction a frame, a Baroque frame that carries the literary equivalent of sea monsters and heating ducts, ironing boards and severed heads -- what gets thought up in the castle [see exhibition text] that the artist keeps in his parent’s basement?

And what of the difference(s) between these two genres of writing? Is Speed’s current exhibition and its accompanying (parallel?) text made with the awareness of an artist who writes criticism? Can these two Speeds be kept separate (from the public)? Is it important that they be kept that way?

At a time (foreseen by Groys) when the 21stcentury artist mounts her persona before her art (as Babbage did his cow catcher?), is Speed suddenly in a Ken Russell film, seated at a card table (borrowed from his parent’s basement) in the middle of a wheat field, doodling on paper, watching the trains go by, cutting out those parts he likes, arriving at the idea that these drawn (and quartered?) drawings require a particular kind of frame, and that is, then, the signal work of this exhibition -- these frames? Frames that look like the kinds of things one finds in the basements of family homes, that look like nothing more than modernism, weirdly contoured monochromatic resin forms that mom or her mom or her mom’s strange brother “Uncle Pat” put bowls of cream cheese and canned olives on, surrounded by crackers?

There is something about this difference between writing styles that suggests the style and shape of the frame Speed arrives at for his show. The difference between the expressive text and the critical expository text is a cuticle, the form we know from our bodies as the place between the flesh of our finger and the death that is its nail. And like all cuticles, these things crack, splinter, break, and then things get messy. I think this is what Speed gives us before things get messy, unlike the                   (re-)organized mess that is the assemblaged/found/collaged drawings these frames were built to support? Or were the drawings made to fit these frames? There’s a difference, right? Doesn’t matter what it is, it’s just enough to know that it is.
Posted by Michael Turner at 10:16 AM No comments: 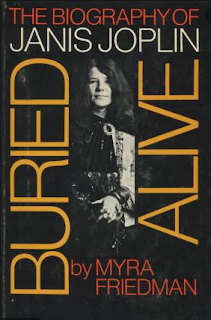 On my most recent trip to the Okanagan I picked up a couple of hard cover books at the Vernon Value Village: a nicely produced film tie-in of John Steinbeck's Tortilla Flat (below, with an illustration by Ruth Gannett) and a jacketless first edition of Myra Friedman's biography of Janis Joplin. 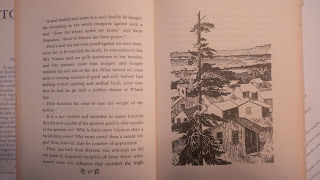 I am only on Page 63 of the Joplin book, but am enjoying it. In some ways, the treatment feels ahead of its time; but at its weakest, as if Friedman is trying to catch up to -- and distinguish herself from -- the New Journalism of Joan Didion and Tom Wolfe (without losing sight of the facts). Whatever the case, the emergence of its subject is now at the greyscale stage, and I look forward to an evermore colourful Janis as the decade explodes from its delicious middle.

Below is a paragraph (pp.46-47) that describes San Francisco's shifting North Beach scene:

In the winter of 1963, the North Beach area of San Francisco was in the throes of transition. The weakened remnants of the beat culture remained. Through the steamy windows of the coffeeshops, one could catch a glimpse of a poet or two intertwining a verse with the scale of a saxophone or the muffled thump of a drum. The terrain abounded with painters. The jazz enthusiasts, the artists, and the thriving practitioners of folk music jangled along compatibly. If the beat movement was dying, there was still a surge of excitement in the activity, the early spasms of something about to be born. But because the times were transitional, there was no visible form to any of it, and the media lapsed into the relative silence about American bohemia. Spawned by the civil rights movement, the folk music trend was seen as a music linked to politics, but somehow separate. Rebellion did not appear self-conscious: certainly no putsch was underway. So for the next three years, it was the best of times, with the exception of the two years after, which were even better than the ones before -- or so they nostalgically say.

Posted by Michael Turner at 10:12 AM No comments: 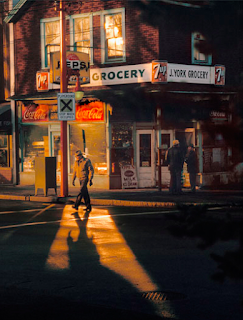 The picture above is what Grant and I liked for the cover of the book we contributed to below. 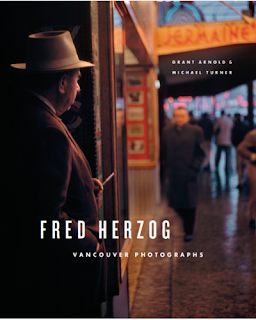 Decisions like covers are based on many variables. Because it takes many hands to produce a book, often there are compromises.

No, the man pictured in the foreground of Fred's book is not Fred. 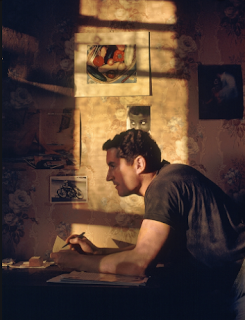 I miss you, Fred!

Posted by Michael Turner at 4:45 PM No comments: 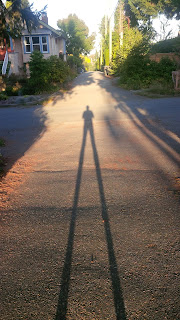 And then one day, just like that, you wake up and the dew is heavy and the sun, if it's up too, carries this cool brown note. In the evening, when the sun is falling, it falls from a lower place, giving the impression that it is a slower set, until one day it lines up perfectly with the alley behind my house, and standing there to record its shadow I approximate what Gary Cooper is doing in the last shot of The Fountainhead (1949). And yes, since we're on the topic, are there any style mavens out there who can tell me why the most masculine man in America in 1949 is wearing a women's belted jumpsuit on top of that country's tallest (fictive) building? 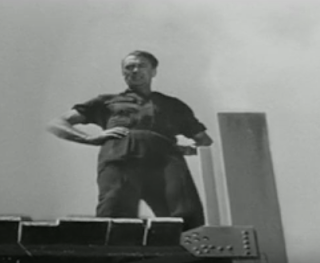