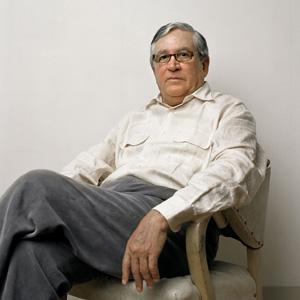 Four blocks from the Belvedere is the Western Front artist-run centre, where Allison Collins is the Media Arts Curator and Western Front co-founder Eric Metcalfe (above) awoke this morning to his 76th birthday!

In a 2015 Art Lab Gnesta presentation on Vancouver’s 2012 Institutions by Artists conference, Allison pretty much begins and ends with Vincent Bonin’s “Here, Bad News Always Arrives Too Late”. The text below (from Bonin) is the penultimate passage in her presentation:

A perverse rekindling of the self-management paradigm is heavily influenced by neoliberalism where “alternative” grassroots organizations function as links in the chain that consolidates a system based on individual entrepreneurship and meritocracy rather than a spirit of collectivism. Rejecting both models, certain groups of artists attempt to circumvent bureaucratic red tape by setting in motion para-institutional projects mostly developed without recourse to government money.45 These groups generally follow the now-exhausted model of a gift economy that had allowed collectives from the early 1970s to operate in a relatively autonomous manner. The life expectancy of these projects thus depends largely on the investment and commitment of both the founding members and the counter-publics that form around them. Some groups demonstrate a firmly leftist allegiance, whereas others disassociate themselves from politics altogether. The initiators of these projects essentially short-circuit meritocracy, and instead simply set up spaces where exhibitions, events, or meetings between peers can take place...

followed by Allison in her own words:

So this is the promise, the space of potential that exists as a commitment as well to self-criticality and in whatever form that takes a constant kind of re-evaluation of whether the structures that we are building do what we need them to do and live up to the ideas set forth by our forbearers – or surpass them.

I am interested in – and indeed committed to -- “self-criticality” with respect to the structures “we” are building, especially in “whatever form that takes.” I am also interested in -- critically interested in -- that part of “we” that includes “certain groups of artists,” designers and curators who do not fit easily into Bonin’s streamlined camps, who have not quite rejected “individual entrepreneurship” and who assert their autonomy in part by forsaking pubic funds for funds derived from private enterprise – in this instance, as well-paid, non-profit property managers who marginally undercut an already hyperbolic rental market to provide studio space for artists, and in doing so refer to themselves as “benevolent”? (Compare that benevolence with that of Eric and the other former owners of the Western Front building, who, as Eric is fond of telling everyone, sold the building and the property it sits on to the Western Front Society for less than market value.)
Posted by Michael Turner at 12:03 AM