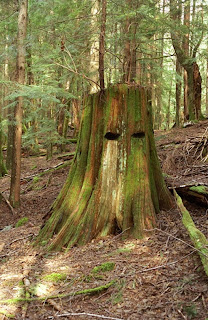 The crowd that gathered for Michael Drebert's Gather (2013) included a tall handsome man in his mid-30s. An artist, I gathered from his conversations. A photographer, to be more specific. Someone coy about his current project, but spoke of it anyway. Dan, as his friends called him. Dan Siney? I asked, and he nodded a guilty yes.

My introduction to Siney's work came a number of years ago, as a member of the Presentation House Gallery fundraising committee. The picture Dan gave us focused on the stump of a large Douglas fir tree in the middle of a forest. Although the two spaces near the top of the stump give the impression of eyes, they are in fact slots loggers made so that they could insert planks that would allow them a platform from which to saw through and fall what remained of its tree, turning that tree from a work of Nature into a platform, or plinth, in "support" of what was.

The other Siney picture I am familiar with is another work he donated to PHG. In this picture we have both the shadow of a window (a bay window?) and its reflection against a heavily Verathaned wooden floor. Could this floor be compromised of what gave us the stump in the previous picture? 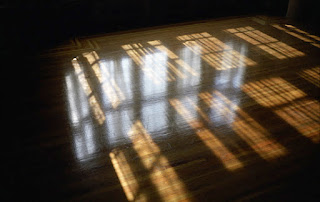 Curious to know what else I was missing, I spent a few minutes this morning in search of other Siney pictures.

Here is a Siney picture that brought to mind another picture: 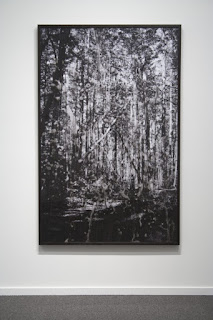 Here is that picture: 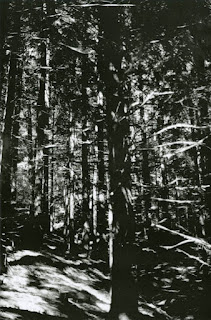 The above picture is by Wolfgang Tillmans, an artist whose work has influenced a legion of artists, most notably Tim Barber and Ryan McGinley. Like Barber and McGinley, Siney has also contributed to that design aesthetic known as Vice Magazine.

Here is a picture Siney contributed to Vice: 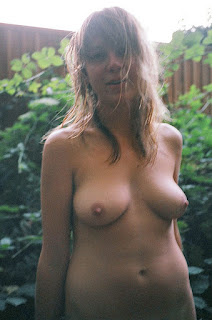 Not sure what I have to say about this picture, but it haunts me, and perhaps one day I will have something to add to its conversation.

Here is another picture that comes up when you Google "Dan Siney", and click on "Images": 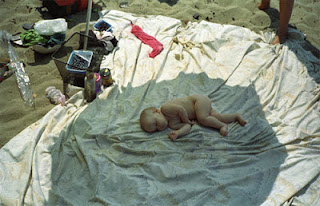 What is this baby in the shadow of? The rest of his or her life?
Posted by Michael Turner at 12:06 PM