"Apparitions Are Not Singular Occurrences" (1966) 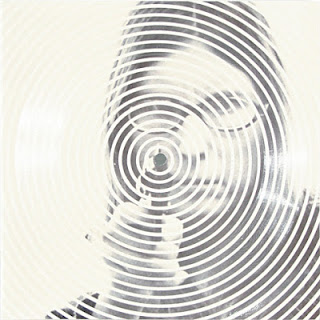 Yesterday's post includes mention of the poet Diane Wakoski, as well as a picture of her likely taken in the early-1950s. Today's picture is from 1968, a photograph of the poet impressed with a recording of her reading "Magellanic Clouds".

Wakoski was born, raised and educated in California, after which she spent time in New York before taking a faculty position at Michigan State University (East Lansing), where she taught creative writing. Although associated with the "deep imagists," she has read and written beyond that, and is conversant with historic east coast (William Carlos Williams) and west coast (Jack Spicer) sensibilities.

I first encountered Wakoski's poetry in the basement of Duthie Books, but it was not until I was at university that I had someone to look at it with. The course was English 100, and our instructor, Sheila Prins, took us so deep into Wakoski's "Uneasy Rider" (1968) that I had to race home afterward and, well, whatever.

Below is a recent video of Wakoski reading a poem dedicated to a poet she met during her time in New York, a poet who moved to Vancouver in the late-1960s, where he has spent the better part of his life (though he might argue with me over what "better" means). The poet's name is George Stanley, and I will post on him tomorrow.

Posted by Michael Turner at 9:10 AM