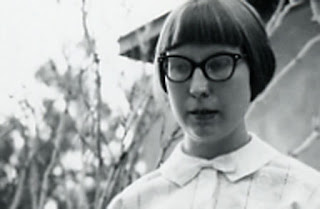 Last summer the Globe and Mail folded its "Books Section" into its "Arts Section", where it was given a heading and three or four pages. Last week rumours began to circulate that the paper was cutting its "Books" editorial altogether, after its prince, Martin Levin, was moved to the "Obituaries Section" and his assistant, Jack Kirchhoff, was not promoted. As of today, the Globe is looking for a new books editor -- but for what many suspect will be an even smaller sub-section.

As most of us know, the reason for discrete sectioning is advertising. If there are enough advertisers, particularly for something as recognizable as books, then you gather them together, create activities for them (content based on whatever goods they are selling), and call it a section. The reason many North American newspapers dropped their books sections is based on decreasing advertising revenues from publishers and retailers, and a general decline in hard copy newspaper sales. (If the same were to happen with automobiles, the Vancouver Sun would drop its "Wheels 1"and "Wheels 2" sections.)

Do we miss books sections?

What I miss most about books sections is what I also miss about being a teenager and walking into Duthie Books at Robson and Hornby -- the circular staircase that led downstairs to its Poetry section, where handmade (and often well-made) books lay on a table surrounded by those made in factories, their spines out. Seems every Saturday there was something new in this section, or something to look at again, like Edgar Lee Masters's Spoon River Anthology (1915) or Diane Wakoski's The Motorcycle Betrayal Poems (1968), books I had to look at twice before buying.

But then the day came when the section stopped changing, replenishing itself with new books. Sure there were books that had not been there the week before, but they only looked like different versions of books that had been there the week before that, and I did not feel the need to look at them again. Of course by then I was getting that kick at Granville Book Company, who could support their varied Poetry section through the sale of computer books, until those books became available online, not as books but as information, a situation that led them, like Duthie's, to close.
Posted by Michael Turner at 8:38 AM