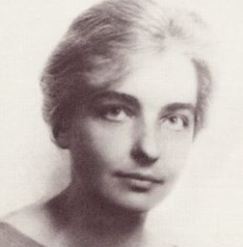 A highlight of my university undergraduate career (I majored in anthropology) was reading Ruth Benedict. Like Margaret Mead (Coming of Age in Samoa, 1928) and the recently rediscovered Paul Radin (The Trickster, 1956), Benedict was a student of Franz Boas (I was a student of Bruce MacLean, who was a student of Stanley Diamond, who was mentored by Radin). Benedict's great book is Patterns of Culture (1934).

Writing in its 1958 "Preface", Margaret Mead had this to say of Patterns of Culture:

"... it is the best introduction we have to the widening of horizons by a comparative study of different cultures, through which we can see our own socially transmitted customary behaviour set beside that of other and strangely different people."

The "other and strangely different people" Benedict drew on in her study of cultures as "personality writ large" (Benedict) are the Kwakiutl Kwakwaka'wakw, the Pueblo (with whom she did fieldwork) and the Dobu.

Here is an excerpt from the introduction to Benedict's "Northwest Coast" section:

"Like most of the American Indians, except those of the southwest pueblos, the tribes of the northwest coast were Dionysian [Benedict characterized the Zuni as Apollonian]. In their religious ceremonies the final thing they strove for was ecstasy. The chief dancer, at least at the high point of his performance, should lose normal control of himself and be rapt into another state of existence. He should froth at the mouth, tremble violently and abnormally, do deeds which would be terrible in a normal state. Some dancers were tethered by four ropes held by attendants, so that they might not do irreparable damage in their frenzy. The dance songs celebrated this madness as a supernatural portent:

[1] That is, Cannibal at the North End of the World, the supernatural patron of the dancer [Hamatsa?], in whose power he dances.