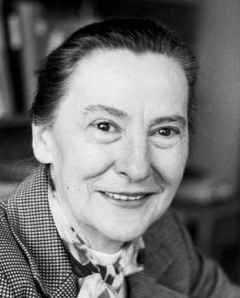 For years Helen Codere (1917-2009) was a leading scholar on the potlatch. She still might be. Her Fighting with Property: a Study of Kwakiutl Potlatching and Warfare, 1792-1930. Monographs of the American Ethnological Society, vol. XVIII (New York: J.J. Augustin, 1950) remains a widely-cited text.

Here is a paragraph from page 118:

""Fighting with property' instead of 'with weapons,' 'wars of property' instead of 'wars with blood,' are Kwakiutl phrases expressing what has proved to be a fundamental historical change in Kwakiutl life occurring within the period known as history. It has been the purpose of this investigation to trace the various tendencies in Kwakiutl life as they were furthered or inhabited by the pressures of the contact culture and to determine both the binding force and the dynamics of the historical process. The general conclusion is that the binding force in Kwakiutl history was their limitless pursuit of a kind of social prestige which required continual proving to be established or maintained against rivals, and that the main shift in Kwakiutl history was from a time when success in warfare and head hunting was significant to the time when nothing counted but successful potlatching."