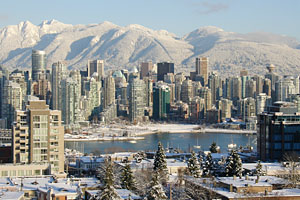 I enjoy the days between Christmas Day and New Year's Day. I enjoy how patterns change, how that which moves slowly blooms, and that which moves quickly is suspended -- invisible yet echoing.

Television is fun this time of year, a time to catch up on the movies I recorded on my PVR.

Last night I watched Vanilla Sky (2001) and thought it a fairly accurate snapshot of our times, where libertarianism, narcissism and mental health issues overlap, become indistinguishable, regardless of the filmmakers' intentions. After that, a film that is suddenly 32-years old -- The Blue Lagoon (1980).

Like Xaviera Hollander's The Happy Hooker (1972) (a best-selling book that, in its nonchalance, features racism, homophobia, heterosexual pederasty and bestiality), The Blue Lagoon is a film that would not be made today. Not because no one would watch it but because questions concerning childhood and, invariably, sexuality are topics that have become rooted less in love than in fear.

In 2007 I was invited by the Witte de With to take part in an on-stage interview with Hollander at a bar in Rotterdam, an event I have little recollection of, apart from being struck by how someone with a mind as quick and expansive as Hollander's could be so narrow on certain topics. Or maybe it was me. Maybe I mistook precision for narrowness, conviction for privilege.
Posted by Michael Turner at 12:50 PM