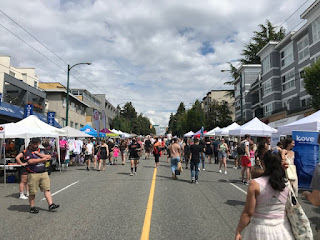 NADUH performed at Sun Yat Sen Gardens yesterday, an evening that included tattooing and, if I'm not mistaken, public marriages. I thought I would take in the band's show after walking the length of Khatsahlano Days (from McDonald to Burrard and back), but I took in too much sun and was done by the time I reached my car.

Khatsahlano Days also had public marriages, so this is thing now, I guess. As for the rest of it, I thought there would be more evidence of those who were there in the late-1960s, the ornamental hippies of past Days, but the only body artists on display this time were those promoting gyms and pole dancing. As for the descendants of those who were there when Chief Khatsahlano's presided, I saw no more than three booths operated by Indigenous people. Heritage Vancouver was also absent. 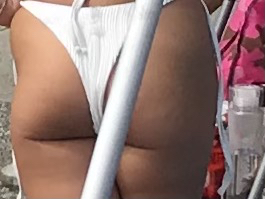 Posted by Michael Turner at 9:43 AM