"The wind is in from Africa…" 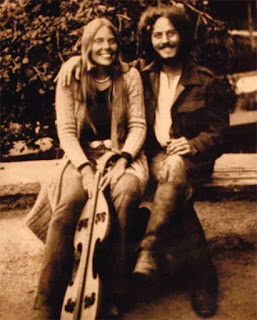 Recently I received a link to a Wall Street Journal article about the man who inspired the Joni Mitchell song "Carey"(1971). This is a song I have lived with for most of my life and whose lyrics, like the last sentence in the second-to-last paragraph of Willa Cather's "Paul's Case; a Study in Temperament" (1905), have left an indelible impression on my retinae. What a shock it was to read about Mitchell's muse, a man who differed so much from the one I imagined.

The Carey that I imagined was not someone the narrator was romantically involved with, but an older, avuncular type; a Daddy Warbucks to a grown-up Orphan Annie; or if not older, then more refined. But then it was never the people who drew me to this song, but its geographical descriptions and their relationship to the music that animated the song's landscapes (the wind is in from Africa … the night is a starry dome…).

So how is it that Mitchell and her muse hooked up? While re-reading the article it occurred to me that this man displays behaviours commonly associated with Asperger's Syndrome, a difficult, somewhat anti-social condition -- but not for a narcissist like Mitchell. So it is no wonder these two found each other, and as a result we have one of Mitchell's catchiest songs.
Posted by Michael Turner at 10:04 AM