A Genre For Our Times? 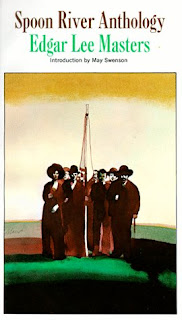 Has the passing of David Bowie marked an upward surge in celebrity deaths, or is it the relevance of the recently dead (at least to me) that makes it seem like everyone is dying?

After looking at a half dozen or so life expectancy charts, it seems we should expect an increase in mortality for those born at the onset of the postwar Baby Boom (1946-1966), particularly those born during the preceding war years (1939-1945), for it is they who produced much of the literature, music, films and visual art that defined the Baby Boom generation.

Last week I was at a café when the person beside me left behind a perfectly reassembled copy of the Globe and Mail. It had been ages since I handled a hard copy newspaper, so I began to scan its headlines, sometimes its articles, with glee. But only when I came to the feature obituary did I read it in its entirety, and only then did it occur to me that the reason I gave up my Globe and Mail subscription ten years ago was because the feature obituary was the only thing I was reading.

Will an increase in celebrity deaths, our ongoing fascination with celebrity and its portraiture (both written and pictured), our ever-shrinking attention span and our hysterical need for that slammed door known as “closure”, result in the ascendency of the obituary genre?  Can we expect to see a newspaper forsake local, provincial, national and international news to devote itself entirely to the lives of the freshly dead? I wonder.

In the meantime, for those interested in a “book of the dead”, allow me to suggest not a newspaper but a poetry collection. Spoon River Anthology (1915) by Edgar Lee Masters is not so much a gathering of obituaries in free verse but stories of past lives as told by those who lived them. Something else to keep in mind: Spoon River was for many years one of the few textbooks that most American public school educators could agree upon. So if you wonder where our interest in the death portrait originated, it might well be rooted in the everyday lives of those buried in the fictional town of Spoon River.

Posted by Michael Turner at 8:43 AM