Be True to Your Stool 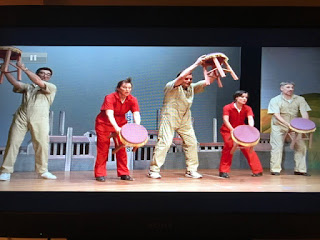 Barrow is the name of the small town in André Alexis's Pastoral (see yesterday's post), Blaine in Christopher Guest's Waiting for Guffman (1996) -- the story of a former off-off-off-Broadway hopeful (Corky St. Clair) who helps a small Missouri town produce an epic musical for its sesquicentennial. Among the highlights in Blaine's history is furniture production; stools in particular after someone gave President McKinley one while he was passing through town, and he liked it.

Posted by Michael Turner at 7:32 AM