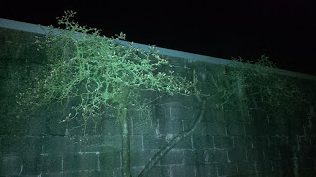 Last December I attended a group exhibition opening at Unit 17, a gallery located in a small, single-level building near the corner of Bayswater and 4th Avenue. Behind the exhibition space is a kitchen, and across from it, the studio of artist Derya Akay. In back of that, a large parking lot, where a magnolia grows against a cinder block wall.

I took a picture of the magnolia, lit up by my flash. Looking at it later I thought of Goya's El tres de mayo de 1808 de Madrid (1814), an execution illuminated by its own gunfire. 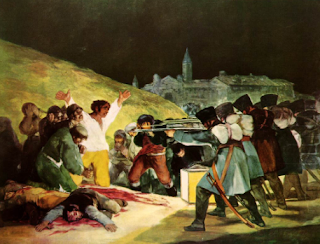 Yesterday afternoon Derya sent me a picture of the magnolia, now blooming. 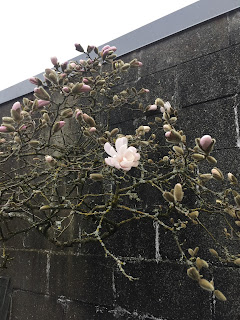 Tesekkür Ederim, Derya!
Posted by Michael Turner at 8:10 AM