A Day at the VAG 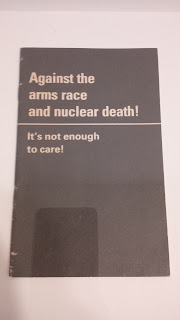 With my yearly membership about to expire, and a couple hours to kill before the 6:50 screening of The Black Panther, I visited the Vancouver Art Gallery to tour its shows.

On the third floor, John O'Brian's Bombhead -- a nice and spare and fitting companion to the ecstatic vomitorium that is the Murakami exhibition below it.

Bombhead highlights include Adolph Gottlieb's Untitled (1968), Robert Rauschenberg's Pages and Fuses (Page 1) (1974) and David Hockney's Picture of a Landscape (from A Hollywood Collection) (1965) together on one wall, and a series of five Nancy Spero gouache, ink on paper works from 1966-1968 on another

On the ground floor, The Herman Levy Legacy: A Cultivating Journey  -- a portrait-heavy exhibition that features work from the Impressionists to the Neo-Expressionists of the 1980s. 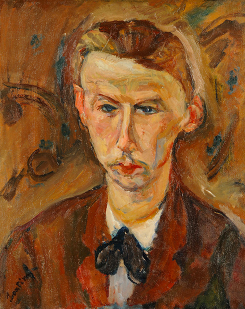 look a lot like this portrait of the critic Aaron Peck by Stephen Waddell? 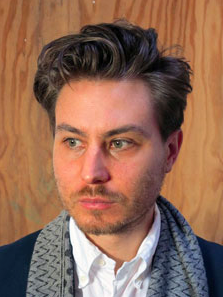