Airing on the Side of Fraser 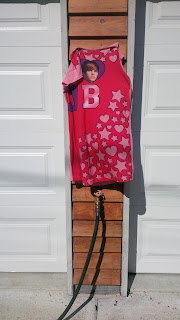 A couple weekends ago, while walking from my place to Bâtard, I entered an alley just west of Charles Dickens School Annex and saw the above. An instance of public art, or an attempt to air some dirty laundry?

Out of the alley, a dandelion amongst the periwinkle. 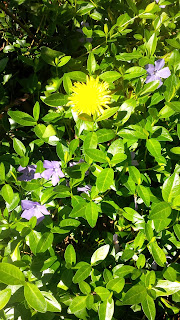 A number of freshly planted trees died during the heatwave of a couple of summers ago. When the City plants trees now, they are bagged (to keep the moisture in). 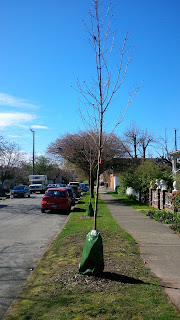 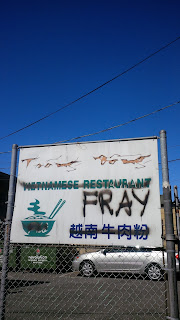 Posted by Michael Turner at 8:02 AM