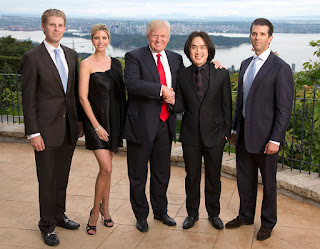 On Tuesday, Holborn Group CEO Joo Kim Tiah (second from right) issued a statement in response to calls that he “un-licence” the Trump name from his Vancouver development, based on the US Republican presidential candidate's recent comments concerning Muslims and the United States:

Holborn is a Vancouver-based private real estate development company that owns Trump Vancouver. When Trump Vancouver opens in 2016, we will create as many as 300 jobs. Holborn, a company that has contributed immensely to the growth of Vancouver, is not in any way involved in US politics. As such, we would not comment further on Mr Trump’s personal or political agenda, nor any political issues, local or foreign. Our efforts remain focused on the construction of what will soon be the finest luxury property in Vancouver and beyond. 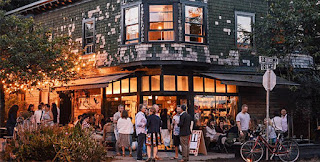 Also on Tuesday, the proprietors of Le Marché St. George added a text to their website in response to a conclusion drawn by a City of Vancouver building inspector who responded to a blind neighbour’s complaint that Le Marché was not looking after its sidewalks, and that she needs those sidewalks looked after (unobstructed) in order to “see” where she is going. Here is the first paragraph of that text:

Le Marché St George is a corner store, a café, a meeting place, and a home. It’s a husband, wife, and daughter, a sister, a best friend, an aunt, 3 chickens, 2 cats, a fish and 2 bee hives who all reside here. It's a place where everyone is welcome. It’s seeing the neighbourhood kids growing up together. It's love stories that have lead to happily-ever-afters. It’s where the mothers and fathers come to relax with their kids. It’s first dates and first babies. It's running groups and knitting groups, community vineyards, and mariachi bands. It's keeping spare keys to the neighbours houses, It’s honest people who work long hours. It’s a funky, handsome, all-crooked, old building where all of this is happening... and we want to keep it that way! 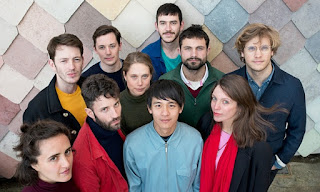 Finally on Tuesday, the Turner Prize announced the winner of its 2015 award. Here is what Guardian art critic Adrian Searle had to say about the winning artist(s), Assemble:
Assemble’s win signifies a larger move away from the gallery into public space that is becoming ever more privatised. It shows a revulsion for the excesses of the art market, and a turn away from the creation of objects for that market. Their structure that was on show at this year’s Turner exhibition must be seen not as a work, but as a model of work that takes place elsewhere; not in the art world, but the world itself.
For the exhibition, Assemble recreated a full-size, wooden mockup of one of the houses in Granby in south Liverpool they have been refurbishing with locals. They filled it with the ceramics, fireplace surrounds, stools, doorhandles and furnishings they and the residents have been making both to use in the houses and to sell in order to generate income. The overall aesthetic was stripped-down and clean, without being conspicuously forced or arty.
When this year’s shortlist was announced, I wrote that Assemble raised questions about whether their work is in fact art, or instead a kind of socially-engaged design practice. In some ways, their activities mirror Theaster Gates’s efforts to regenerate a corner of South Chicago, just as his recent project in Bristol was a joyous social intervention. Unlike Gates, Assemble do not make artworks to supplement their larger projects – though the fireplaces, benches and ceramics do make some money for Granby. Assemble are also indebted to the utopian 19th-century projects of William Morris; they extend their artfulness into everyday life.
Posted by Michael Turner at 7:12 AM