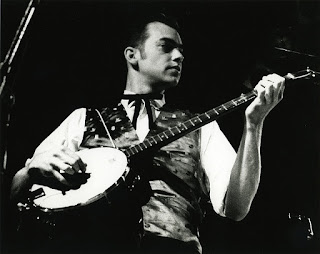 On the afternoon of Friday March 11, while killing time downtown before the opening address of Duane Linklater's Wood Land School: Critical Anthology symposium, I decided to drop by the Railway Club for a pint, see who might be there.

Because it was after 5pm, I was expecting the energy and excitement of a big crowd. But as I made my way up the threadbare stairs, I could already sense the club's emptiness, its rooms and hallways echoing with a corporate rock that, if Natasha or Paul were behind the bar, would only be played with irony.

Oh it is so hard to write this!

A few days ago, when the sudden closure of this unique cultural institution was announced, Georgia Straight music critic Mike Usinger asked those of us who had worked and played there to share a memory. I gave it some thought (the gigs, the gags, the goofs, the guffaws), but there is too much to choose from, and to suddenly sit down and flip through it all, well…

So I sent Mike a thank you note in recognition of the Williams and Forsyth family, who took over the club in 1980 and, in the twenty-seven years they operated it, helped to define a Vancouver that no longer exists, but in particular a generation of men and women who know the difference between this city's less-than-rancid past and its far-from-perfect present.

The picture up top is of me playing with the Hard Rock Miners in 1988. I am not sure who took the picture, but am fairly certain it was not taken during the two dozen or so times I played the Railway Club. Nevertheless, it is the picture I gave Mike, and the one he published here.
Posted by Michael Turner at 9:15 AM