"Dictatorship of the Proletariat" as Muse 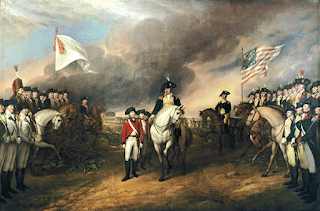 Of the more recent non-drinking dreams: standing still yet somehow travelling past those gathered. One says to another, "Reification -- it's a thing, you know," and the other nods, "Yes, it keeps popping up on Twitter."

I have my thoughts. These include speculations: not on what will happen, but what didn't. As in, What if those freedom-seeking American colonists who formed the United States did not mount a tax revolt against the British and instead worked through an evolving parliamentary system that, for example, banned the Atlantic slave trade in 1807 -- 58 years before those former American colonists amended it to their Constitution?

Reification, according to vocabulary.com, is "a complex idea for when you treat something immaterial -- like happiness, fear or evil -- as a material thing." This in relation to metaphor: "a figure of speech in which an expression is used to refer to something that it does not literally denote in order to suggest a similarity."

Posted by Michael Turner at 9:27 AM No comments: 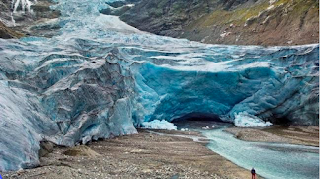 "... I felt what the duties of a creator towards his creature were, and that I ought to render him happy before I complained of his wickedness." (88-89)

Posted by Michael Turner at 9:02 AM No comments: 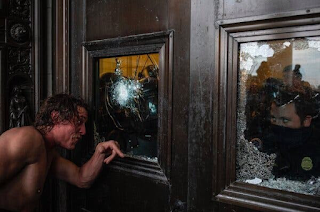 "Shall I not hate them who abhor me? I will keep no terms with my enemies. I am miserable, and they shall share my wretchedness. Yet it is in your power to recompense me, and deliver them from an evil which it only remains for you to make so great, that not only you and your family, but thousands of others, shall be swallowed up in the whirlwinds of its rage." (87)
Posted by Michael Turner at 6:55 AM No comments:

From the White House to the Fight House 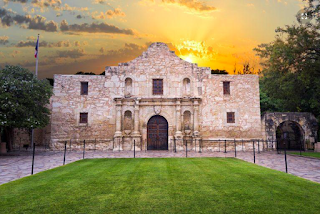 Posted by Michael Turner at 12:00 AM No comments: 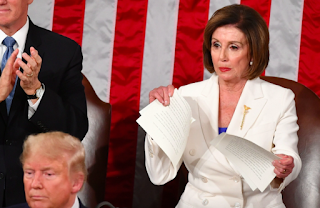 "Alas! Why does man boast of sensibilities superior to those apparent in the brute; it only renders them more necessary beings. If our impulses were confined to hunger, thirst, and desire, we might be nearly free; but now we are moved by every wind that blows and a chance word or scene that that word may convey to us." (84-85)

Posted by Michael Turner at 7:00 AM No comments: 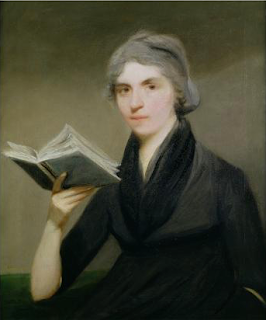 After the Frankensteins' maid Justine is tried and convicted of the murder of young William, a murder his eldest brother Victor Frankenstein quietly believes was at the hands of his monster, his "cousin" Elizabeth attempts to console him:

"Alas! Victor, when falsehood can so look like the truth, who can assure themselves of certain happiness?  I feel as if I were walking on the edge of a precipice, towards which thousands are crowding and endeavouring to plunge me into the abyss. William and Justine were assassinated, and the murderer escapes; he walks about the world free, and perhaps respected. But even if I were condemned to suffer on the scaffold for the same crimes, I would not change places with such a wretch." (80)

Posted by Michael Turner at 11:30 AM No comments: 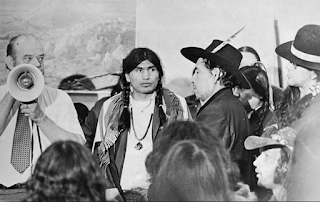 On November 2, 1972 members of the Trail of Broken Treaties occupied the Bureau of Indian Affairs at 1951 Constitution Avenue, Washington, D.C. At left is non-indigenous BIA employee John Crow, who took questions from ToBT members and, with the help of the Bureau's loud hailer, provided "answers".

Below is another D.C. loud hailer: 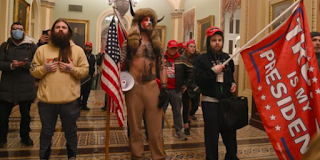 Posted by Michael Turner at 6:46 AM No comments: