Sometimes It Tiks, Mostly It Toks a Lot 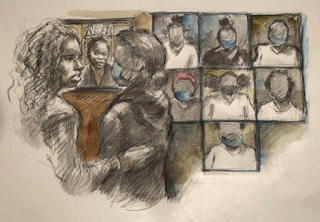 No amount of backwards can bring this man back to life. That's the "Why bother?" and accounts for the courtroom yawns and smirks -- all of which can be argued away.

There are those who take such cases to argue just that. I'm not a lawyer and I do it all the time, for free. But there's something sick in that, it is said, arguing for free. At least working for money absolves us, explains the motivation, which has nothing to do with us and everything to do with our instrumentalization by an employer.

We've all gotta work, right? Take the job if you need a reason. Taking the job gives you the right to rage against your oppressor. Taking the job says, I have some skin in this game.

Posted by Michael Turner at 7:28 AM