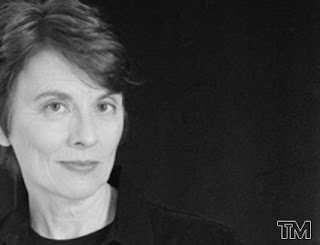 A couple days ago Camille Paglia published an article in the Wall Street Journal entitled "How Capitalism Can Save Art". Typical of much of her writing, Paglia's best propositions are incidental to her argument.

Paglia tells us that off-shore manufacturing has America's middle class youth (which must number in the hundreds by now) alienated from the manual trades. From this she extrapolates a decline in the visual arts, a measurement based on an inability to produce a "major figure or profound influence" since "the waning of Pop Art and the birth of Minimalism in the early 1970s."

While I would dispute the latter part of Paglia's assertion (the art world, like the rest of the world, has atomized substantially since the early 1970s), I am interested in how a decrease in U.S.-based manufacturing has affected the fabric of American life.

Paglia's article reads fine in the context of the Wall Street Journal, given the newspaper's commitment to the market as the arbiter of meaning, its impatience for the Next Big Thing. But for those interested in the conversation that is contemporary art, it is little more than a provocation in search of a consequence, something Paglia has always been good at.

Posted by Michael Turner at 8:36 AM