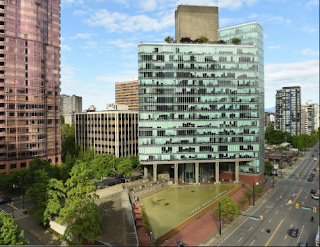 UK-born architect Peter Cardew (b.1939) spent a year in Stuttgart, Germany, as part of his schooling. This was in the early 1960s, when he was barely in his twenties. In 1966 Peter came to Vancouver, where he took a job with Rhone and Iredale (he led the 1978 Crown Life Plaza project above), before going out on his own in 1980.

Stuttgart-born Fred Herzog (b.1930) left Germany in the early 1950s. He was well-established in Vancouver by the time Peter arrived, working as a medical photographer when not roaming the city taking pictures like this one at Nelson and Howe: 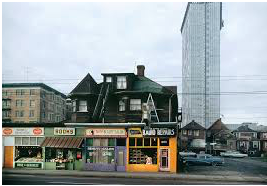 Fred loathed the rebuilding of Stuttgart along modern lines, preferring instead the vernacular city of Vancouver, with its Spanish Colonial, Edwardian and Deco architectures, its bouquets of neon and its burgeoning diversity: 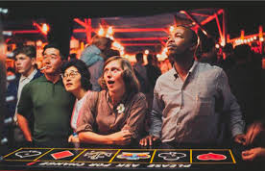 Like many of us, Fred carries his own eccentric mix of modern and "traditional" sensibilities. One thing that both he and Peter despair is Vancouver's reduction of downtown Granville Street in the early 1970s to a "Mall", which Fred has likened to "something you might see in [Communist] East Germany." 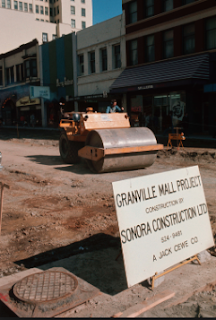 Posted by Michael Turner at 8:44 AM