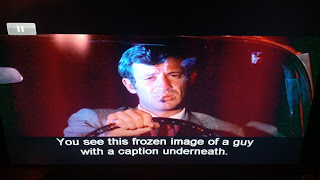 Such rains yesterday! Because there was no chance of getting any yard work done, and because there is only so much reading and writing I can do, I reached into that tub of DVDs and pulled out Godard's Pierrot le Fou (1965).

Here we are early in the film, with Ferdinand/Pierrot driving home the babysitter, Marianne, in his American friend's car. Marianne is introduced to us as F/P's American friend's "niece", but it is in this scene that we learn that F/P and Marianne share a past. 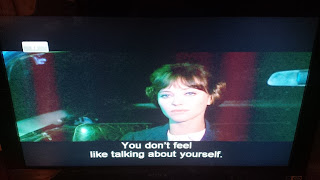 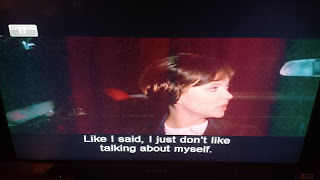 Except she never "said" she didn't like talking about herself.

Nor did he, for that matter.

In fact, she never said anything.

Much later in the film: 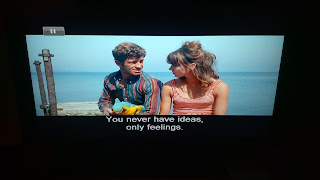 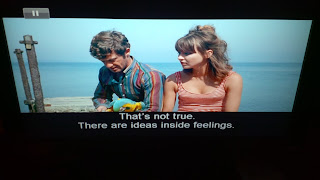 Posted by Michael Turner at 8:53 AM